JinHee began her study of the violin at age six. She was trained at the Yewon School and at Seoul Arts High School. During her first year at high school, she journeyed to the U. S. to study at the Walnut Hill School for the Arts in Natick, MA, and earned scholarships from the New England Conservatory of Music in Boston, MA, where she received her Bachelor of Music, Master of Music, and Graduate Diploma degrees. JinHee earned her Doctor of Musical Arts degree from Boston University in May 2010. 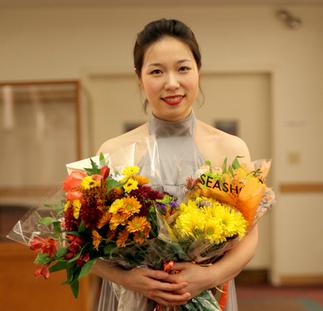 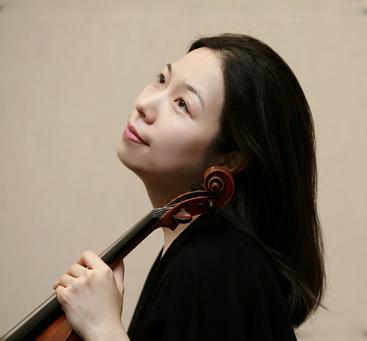 Violinist JinHee Kim is an accomplished violinist known for artistic innovation and recognized for her “sensitive voicing” by the German Newspaper Leipziger Volkszeitung. A laureate of many international and national competitions, her diverse performance career includes chamber, duo, solo, and professional orchestra performances in such prestigious venues as Carnegie Hall in New York, Symphony Hall in Boston, and Sejong Center for the Performing Arts in Seoul, Korea. She also has performed at regional and international master classes of renowned solo and chamber musicians, at music festivals, and as a soloist with many local orchestras including the Cincinnati Metropolitan Orchestra. As a multi-faceted performer, she is always seeking new opportunities to grow. ​ 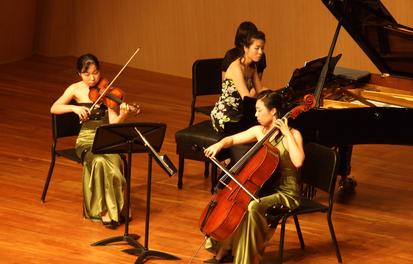 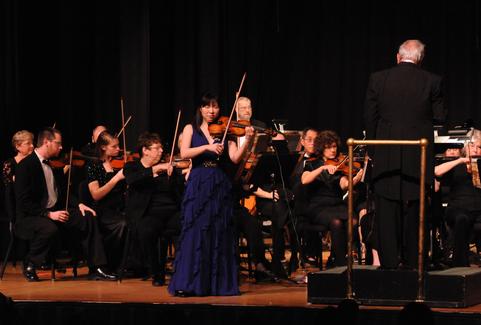 ​As an avid chamber musician, JinHee has performed in the United States, Canada, Korea, and Europe. She is a founding member of the Duo Hessed, the Duo mit Affekt, the Trio Eca, and the EBA piano trio. Trio ECA appeared in the “Arte Showcase” on Arte TV and in “Music and People” of FEBC Radio in Seoul. EBA Trio appeared on CBS TV and Earl TV in Toronto, Canada. Since 2013, JinHee has worked toward performing the complete Beethoven Violin Sonatas, the first cycle of which was recorded for the online broadcast of the Phoenix Ensemble Festival in Ann Arbor, MI.

JinHee’s innovative approach to performance blossomed in 1992 when she sustained an injury to her left hand. This inspired her to develop groundbreaking performance methods using multi-media. She created unique performances called El Bara Art (Hebrew for “God creates”), which includes “The Creation of the World", “The Wanderer", and “Return", complex multi-media pieces encompassing violin performance, recorded narrations, acting, sound effects, mime, and collage art. As a pioneer of multi-media performance, starting in 1995, she continues perform at churches in the Unites States and Korea.

JinHee is still updating the preview of "Return", meanwhile above is the prototype version.

Prizes awarded to JinHee include the First and the Silver medal prizes at the International Chamber Music Ensemble Competition in New York, the Most Distinguished Musicians Award and Brahms Award at the IBLA International Competition in Italy, the prestigious Tourjée Alumni Award at the New England Conservatory in Boston where her name remains today on the Tourjée Alumni Award plaque, and other scholarships and prizes as well.